COS Social Media in Review – DailyMotion

DailyMotion has proven to be a strong online video site. Part of the
proof is that it is still around. Part of it is that is growing. Circle
of Seven Productions signed a contract with DailyMotion so that we can
offer “Official Content”. The contract is pretty basic, with promises
that we’ll offer quality content that follows the laws of copyright and
that we will provide consistent content. In exchange, DailyMotion will
allow us to upload all content without the… Continue

COS Social Media in Review – MySpace

We’re really thrilled to be an official MySpace video partner which
happened in May of this year. Being an actual MySpace partner has some
benefits. Now our videos accepted immediately without the filters most
other video uploads have to go through. And if there are any problems
with an upload or the content we have a direct line to MySpace for a
quick resolution!

MySpace was once the main online social community for COS Productions and is still in the top 10.… Continue

7 Marketing Lessons You Can Learn From Nike

This is a guest post from Joanna Penn, from The Creative Penn:
Writing, Publishing Options, Internet Sales and Marketing...For Your
Book.

Whether you are trying to sell your first novel from your new website,
or promote your latest product from an established speaking platform,
there are lessons everyone can learn from mega marketers, Nike.

Create a brand that is memorable…

COS Social Media in Review – Blip

Blip is one of the single most important online video sites COS
utilizes. It is a powerhouse for getting your video to a variety of
audiences.

Blip is part of the TubeMogul family, in which COS is a premiere client. We use Blip in many ways. First of all it is a
wonderful venue and we see a good deal of views come from the Blip site
itself. In addition, the site offers additional distribution
opportunities, all of which we have applied. The Blip RSS feed… Continue

COS Blog- BEA in Review- CEOs Debate on E-books

I didn’t get to make it to the CEO panel much to my regret, so like many
others I waited for PW to send out their daily review of what was going
on at BEA so I could find out what was said.

Relationships at the Heart of Publishing Success: How to Forge Them and How to Benefit From Them

Marketing your book is a matter of first, making friends and second, proving your value. When you combine the two you have a powerful arsenal in which to promote yourself.…
Continue

MetaCafe- COS Social Media in Review

We joined MetaCafe
in Feb. of 2006 when it was young. We have nearly 500 videos posted
there with views ranging anywhere from 50 to 3000.

Those videos with interesting and catchy descriptions seem to get the
most views.

We have subscribers to our MetaCafe channel which is important since
those people will get a notification when we upload a video.

There seems to be a more… Continue

Copyright and Liability with Book Trailers

Royalty free doesn't mean you can use it any way you like. You need to read the fine print. If something is being used for promotion, which means you hope to gain financially from it, the "royalty free" license may change for you. Sometimes people require credit, sometimes they stipulate that you can't use it for that purpose. You need to read the fine print! Yes, I'm going to say that a lot.

Win FREE Distribution for YOUR Video!

2. Blog about your video or the merits of book video

4. Be certain you have a profile pic on your community site profile.

Members of this site please update your profile

If you have a profile here please be sure to add a photo. It helps me easily identify people. I will be going through this site and removing people who are promoting things other than books or related material.
I apologize to those of you who use this site appropriately for having a bunch of junk show up. I try to get here and go through the member's profiles as often as I can.

Of all the beautiful photos you’ve ever seen in your life, what would be the ones you would put in a single book to share with the world?

National Geographic tapped into its vault of photographs from over years of time and put them together in this amazing book.

Some of these pictures are dated back to the 19th century and some are never-before-seen pictures. All of them are breath taking.

As someone who loves photography, both the art and the mechanics, this… Continue

EMPixx judges share- "Your overall body of work ranked among the top 2% in the competition!"

Circle of Seven Productions won three EMPixx Awards this week. The EMPixx Awards were started by some of the same people who started the prestigous Telly Awards and are a competition based award system.

The winning videos are-

Found won the Platinum Award, which is the highest award, in the category for Children's… Continue

The Gifted Ones - Book Review

Even in troubled times, it helps to escape into a solid but fantastic story with engaging and lovable but idiosyncratic characters speaking dialogue that “reads like eavesdropping.” Mixing the bygone ideals of the past with the shady realities of today can seriously satisfy a reader’s soul. Gabriela Herink’s new book The Gifted Ones does just that in a fresh and natural style.

At the tender age of three, when most little girls were playing with dolls and talking to imaginary friends,… Continue

Big Changes to Come for the Book Trailers Network!

As you can see we've changed our look!

If you had a default profile skin it now looks like the main page, but you can go in and change your profile to any of the numerous looks Ning has to offer.

The exciting news is that this site is about to become very busy! We'll be advertising and promoting the site over the next couple of months!

We want this to be YOUR community so upload those book videos, photos, blogs and whatever it is you want to… Continue

MY MAN, MICHAEL proves you can be both a lover and a fighter! Combining mixed martial arts, romance and time travel!
The previous book in this series made both the USA Today and NY Times bestseller lists!
Michael thinks an injury will keep him from fighting again until a woman shows up and promises to heal him. But, he must travel with her and teach a community of woman warriors to fight in return.
Imagine Michael’s surprise when she fulfills her end of the bargain and finds… Continue

When the Killer is BEAUTIFUL...

I love the roll reversal. The dangerous serial killer is a stunningly beautiful woman. And the detective who has to hunt her down is locked into a cat and mouse game that is unlike any other.
In Heartsick, which was a NY Times bestseller for author Chelsea Cain, we are introduced to a very dangerous and lovely serial killer. The detective is a well thought out character and I was thrilled when… Continue

An Aphrodisiac for Book Lovers!

What if you had a perfume that would make Johnny Depp, Tobey Maguire, Christian Bale, or Will Smith (or for you guys Angelina Jolie, Jessica Alba or Katie Holmes) fall at your feet and beg you to date them, kiss them…whatever. Some people say that there are aphrodisiacs that can make someone want you sexually. They can make you totally irresistible and sexually appealing.

What do you think someone would do to own something like that if it really worked? Rock and roll meets fantasy novel in this music video book trailer from the novel Turbulent Sea ( http://youtube.com/watch?v=ECqNxdDWliY) by NY Times bestselling author Christine Feehan.
Over 15,000 people have watched the book trailer on YouTube (http://www.youtube.com/booktrailers) alone and the book doesn’t even get released until July 29th, 2008! According to web statistics the only age group… Continue

Who Says You Can't Be A Lover AND A Fighter? 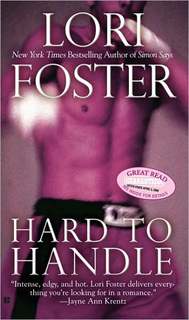 Do you love sports? How about sex? Okay, if you love them both then you have got to check out Hard to Handle! I mean, how many books do you know include mixed martial arts fighting and a hot couple trying to solve a mystery?…

Promote your BLOG...let people know where to find your blog!

A blog is a powerful tool. It shows up in search engines and people can subscribe to it. It lets people know what you're about, what your book is about.

But how do you let people know where and how to find this powerful tool?

You can promote your blog on Reader's Entertainment TV!

Check it out here-

If you have a book video that you'd like to have…